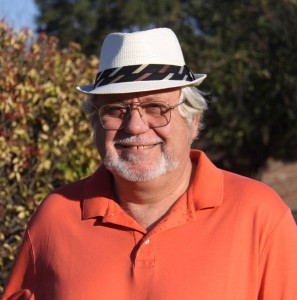 As to who I am, US Navy veteran, disenchanted ex-corporate middle manager and long time entrepreneur covers the ground fairly well. I owned a pair of Southwestern Gift and Jewelry stores here in Austin, Texas for many years. Since then I assisted in getting a pair of start up high tech companies off the ground and functioning.

In 2008, as I was wrapping up my portion of the latest new venture I realized that a previous idea for a computer game would make an excellent starting place for a book. Living in Austin and associating with all the programmers in town it is easy to get enthused and say, hey we can do better than those guys did. Which may or may not be true, but finding adequate money to actually do so is a far from trivial challenge.

Developing the idea as a book was not though and pursuing the project would allow me to exercise my storytelling skills. And yes, while I might not have a million of them, I can share lots of stories. A lifetime of practice so to speak.

Once embarked on the project it quickly became clear that I could not do justice to the ideas underlying life on Sarnia in a single book. After a few more months of work there was enough outlined material to do five books. As I progressed in writing the tale the material eventually became the seven book, two saga total listed for the series concerning life on Sarnia.
Enjoy.